While Dubai has gotten much of the press as a financial center in recent years – especially since the credit bubble popped in 2008 – it is actually Bahrain that has historically been the home to the Gulf’s banking center. But the turmoil since the protests at Pearl Roundabout began in February have now called into question the viability of Manama as the premier financial hub for the region. Instability is not good for business.

Even as the government did away with the curfews and martial law imposed over the last three months, there is some uncertainty as to how many of the investment bankers and attorneys who run operations there will stay once the school year finishes at the end of this month. One thing I’ve noticed: There are more Bahraini license plates on Sheikh Zayed Road in Dubai than before.

I reported on this issue in April for Institutional Investor magazine. The story came out in early May. 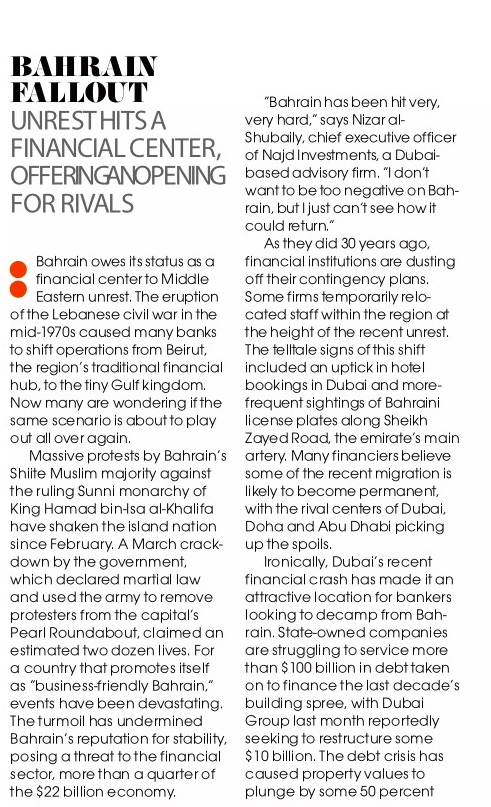 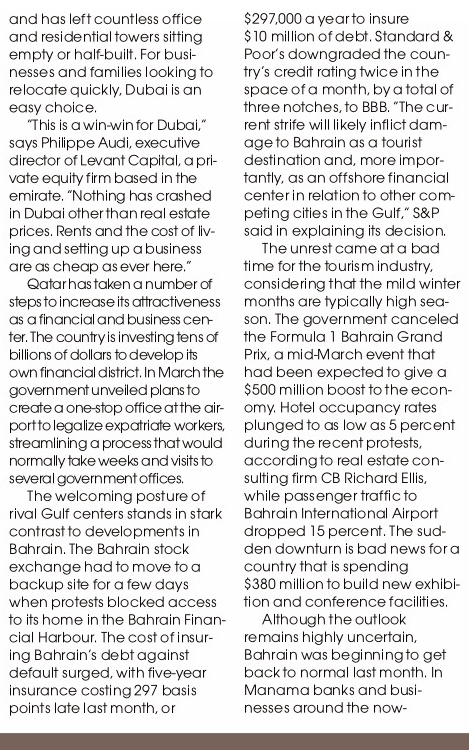 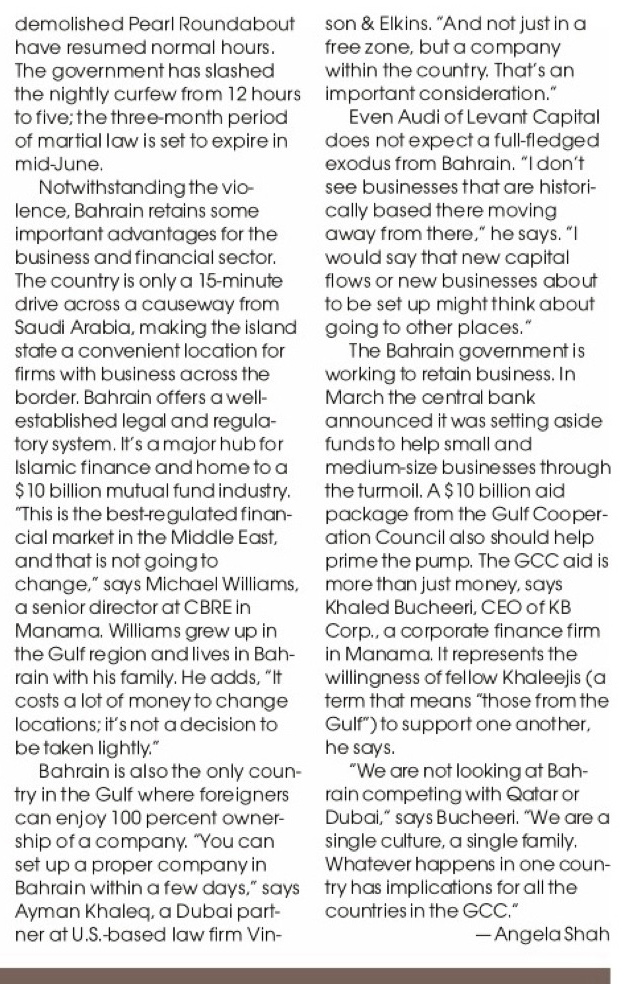 After a lifetime of looking east — New York, Washington, the Gulf, India — a new chapter has begun in Los Angeles. Follow along as we explore a new frontier.